We still have time to fix this 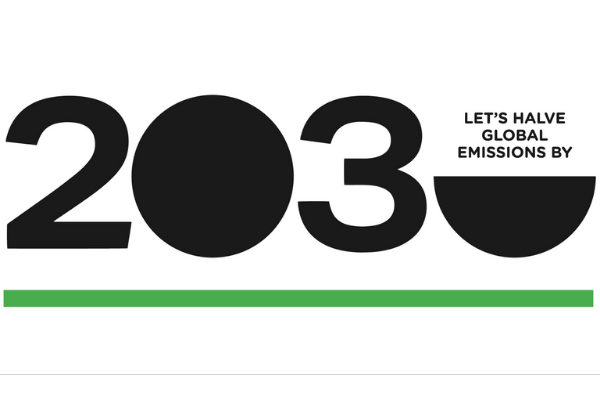 “The difficult lies not so much in developing new ideas as escaping from old ones.” John Maynard Keynes

Leaders of the world’s largest economies, the G20, meet in Rome this week just days before the UN’s climate summit in Glasgow. This is the very last moment to raise ambition.

And ambition must rise. The world needs to cut emissions 50% by 2030 to keep temperature at 1.5°C. Instead, the United Nations Emissions Gap report out this week shows that countries’ updated commitments only move the dial 7.5%.

Is it even possible to halve emissions by 2030? Given the political inertia you’d be forgiven for thinking this was impossible. Incredibly, the answer is “Yes”. As UK Prime Minister told the United Nations recently, Kermit was wrong: it’s easy being green. Through our Exponential Climate Action Roadmap, we have shown how to achieve it.

The technologies already exist, are affordable and can scale rapidly. In the energy sector it means moving to wind, solar and other low-carbon technologies. In the industry sector it means electrifying everything, reducing waste and moving to a circular economy. In cities it means focusing on building efficiencies and transport – over 70% of transport emissions, including shipping and aviation, come from short journeys in cities. It is relatively straightforward to electrify short trips, or cycle. For food, which accounts for one quarter of greenhouse gas emissions, it means reducing waste, moving to healthy plant-based diets and adopting regenerative agriculture. And, of course, when it comes to land use, we need to stop deforestation in its tracks and become nature positive.

Not only can we achieve it, if we do, we get some pretty impressive bonuses, if stabilising the climate at bearable levels for civilization were not enough. First, clean air and healthy diets will increase longevity worldwide. Second, for the first time in over a century countries will be energy independent. And third, a very fast transition will be more profitable than a slow change.

This last point may seem counterintuitive. Indeed, some prominent economists such as Nobel laureate William Nordhaus or Bjørn Lomborg have been shouting loudly for decades that the world cannot afford a fast transition. They are dangerously wrong.

The reason that it will be more profitable to move fast can be summed up in a word: exponentials. As US scientist Al Barrett once said, the biggest failing of humanity is our inability to understand the exponential function.

At its simplest, exponentials are about doubling or halving. This simple pattern can have mind-boggling impacts. Imagine going for a short walk, just 30 steps. How far will you get? Maybe to the coffee machine. Now take 30 exponential steps. Each step you double your stride: 1, 2, 4, 8, 16, 32…and so on. Where will you be on your 30th step? You will step onto the surface of the moon.

Most famously, we’ve seen this pattern in Silicon Valley. In the 1960s, a computer chip might have a few hundred transistors on it. But the number of transistors on a chip kept doubling every two years, a pattern noticed by Intel co-founder Gordon Moore (he first observed an eighteen-month pattern but later revised it upwards). This pattern has continued and has become known as Moore’s Law. Today, at the time of writing the most powerful chip has 2.6 trillion transistors.

At the same time as computer power doubled, prices halved. Indeed, this was predicted by another law, Wright’s Law – the observation that as production doubles, prices fall by a consistent and predictable amount. Together, these two laws explain the modern world as we know it.

After about 30 doublings the digital revolution has disrupted the world giving us computers, the internet, mobile phones, high-speed trading and social media. In the coming decade we can expect revolutions in artificial intelligence, the internet of things, 6G communications, robotics and biotechnology as a result of Moore’s Law. These will have a disruptive effect in all sectors of the economy. The world kind of knows this. We expect digital disruption because this has been a common narrative promoted by Silicon Valley elites for decades. And these narratives are supported by reality.

This disruptive narrative has not quite punched through yet when it comes to clean tech. But that is about to change.

Renewable energy is on an exponential trajectory. Solar and wind are growing at a rate of 15% a year, according to the Systems Change lab report out this week. At this pace renewable energy installations double every three years. If we keep following this trajectory it is possible for at least 50% of electricity production globally to come from renewables before the end of the decade. This trajectory will continue if prices of renewables continue to fall. The cost of solar has dropped 90% in a decade and this trend is set to continue. Some zero-carbon technologies are falling in price 10% a year while constantly improving in performance.

Renewable technologies like solar and wind are more like smartphone technologies than the technologies they are replacing – coal or gas fired power plants. Smart phones scaled so fast because they are small technologies produced in their millions with a relatively short life cycle, rather than large technologies like nuclear power which last for decades before replacement. Smaller technologies often have faster innovation cycles allowing for more rapid breakthroughs, and benefit from economies of scale that pull down prices. Despite receiving around $500 billion in subsidies each year, fossil fuels don’t see anything like this kind of improvement.

We should look to Apple’s iPhone as a prime example of the kind of disruption we might expect this decade across several sectors. Several of Apple’s competitors like Nokia and Blackberry underestimated its appeal. They were confident they knew their customers well. They did not see the iPhone with its touch screen and apps as a threat. This confidence drove them to the brink of extinction.

Who are today’s multinational dinosaurs? Well, the major car manufacturers have allowed Tesla, now one of a handful of trillion-dollar companies, to steal an incredible lead on electric vehicles. Elon Musk has entirely re-engineered the driving experience and made electric vehicles a desirable status symbol, just like the iPhone.

In 2018, while leading business analysts and the International Energy Agency predicted fossil cars would dominate for decades, we projected that 90% of all new car sales will be electric vehicles by 2030, simply following exponential logic. This scenario is looking increasingly likely. Norway is leading the way with 85% of new sales. This year Sweden just passed 50%. This year, sales of EVs will likely exceed 6 million or 8% of all new sales, up from 2 million in 2018. The next wave of countries will benefit from lower cost and wide variety of models enabling even steeper uptake. But even if rates slow from this breakneck pace, we are still likely to hit the 2030 target.

Impossible Foods and Beyond Meat are doing the same for plant-based diets. Again, innovation cycles are rapid. Costs are tumbling. Consumer desire is piqued. This creates a disruptive economics.

On top of the disruptive economics we have a new ethical dimension as companies awaken to the climate emergency. Big brands are now talking about supporting consumers to make sustainable choices at unprecedented scales. IKEA has announced a goal to enable one billion people – 12% of the planet, and not any 12%, the most affluent and highest emitting segment – to live healthier and more sustainable lives. And Google has committed to helping one billion people to take actions to reduce their environmental footprint by 2022. And the new electric vehicle manufacturer Polestar is building the “world’s first climate-neutral car” by 2030 – not using compensation. These three companies have recently joined the Exponential Roadmap Initiative. We want to create a natural home for these disruptors, innovators and transformers.

The revolutions are coming to energy, transport, buildings, industry and food. They are unstoppable because the new alternatives are simply more desirable for consumers and increasingly affordable. In the case of renewables, it is cheaper to build a new solar array in all markets than it is to keep a coal powered plant running. This has only happened across most markets in the last few years. We sense its disruptive potential has not yet percolated through society just yet.

The countries attempting to put the brakes on this transformation are on the wrong side of history and the wrong side of the economic opportunity. They will be left with stranded assets – useless mines, power plants and oil fields – valuing over one trillion dollars by one estimate.

COP26 is about the Race to Zero emissions. But in reality this is a race to the top. Change is unstoppable. The future it is driving is simply more desirable. Countries who move fastest will benefit from a competitive advantage that is likely to last decades. It will create jobs, economic optimism and clean air. Governments can help by simply getting out of the way.

Sign up if you support the 1.5°C ambition, to halve emissions by 2030 towards net zero, and want to receive informationand news from the Exponential Roadmap Initiative